Pop Star Joe Jonas Has Fuelled Speculation He Is More Than Just Friends With Model Gigi Hadid After They Were Spotted Getting Intimate During A Night Out In New York City. 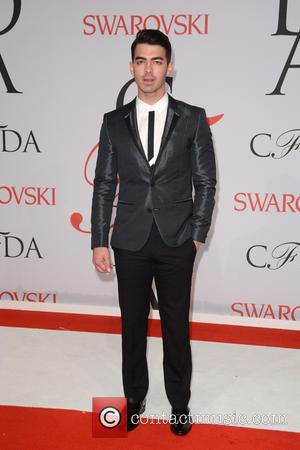 The pair has been romantically linked since late last year (14), but a representative for Hadid previously dismissed dating rumours in October (14), telling JustJared.com, "They're just friends and have been for years. Gigi is 100 per cent single and focusing on her career. Anything to the contrary is absolutely false."

However, the pals have remained particularly close in recent months, taking in trips together to Los Angeles, New York and Toronto, Canada, and they returned to the Big Apple this week (begs01Jun15), when they appeared to be very much a couple.

Photos obtained by TMZ.com show the stars at a bar on Thursday night (04Jun15), when the singer had his arm draped around Hadid's shoulders as they leaned their heads towards each other, while another depicts the model tenderly planting a kiss on his hand.