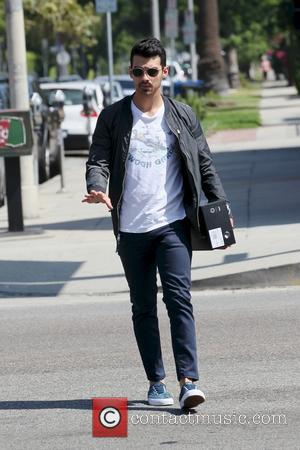 Singer Joe Jonas celebrated his 25th birthday in Las Vegas with a special performance from a dancer dressed as Miley Cyrus.

As Jonas sat on stage in front of a giant fake cake, he received a lap dance from a dwarf dancer who donned a furry bear leotard similar to the one Cyrus made famous at the 2013 MTV Video Music Awards.

In addition to the mini-Miley, a mini-Jonas Brothers performed and he also received a dance by a woman named Little Spinner, who is known as the "world's smallest stripper".

Jonas was joined by younger brother Nick, who previously dated Cyrus, and the siblings kept the party going on Saturday (16Aug14) with celebrations at both the Encore Beach Club and XS Nightclub.