Joe Jonas Opens Up About His Relationship With Demi Lovato

Joe Jonas and Demi Lovato stared together in 'Camp Rock' and dated for a month in 2010. Now, Jonas has explained the short relationship, and why it ultimately failed. 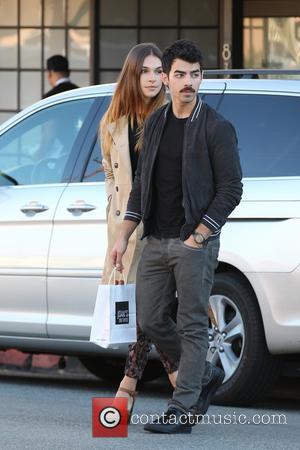 Ex-Jonas Brothers member Joe Jonas has spoken out about his past romances by explaining his short relationship with Demi Lovato. According to Jonas, he stayed with Lovato to help her deal with a developing drug problem. Jonas reportedly began dating his 'Camp Rock' co-star in 2010, however the relationship lasted only four weeks.

In an interview with New York Magazine, Jonas suggested that Lovato was more than he bargained for, as she began seeing him during an ongoing struggle with her drug addiction. He explained the relationship, saying: "One relationship that meant a lot to fans was the one I had with Demi Lovato, who I've known for years. We had been friends forever, we were both Disney kids - we eventually dated for a month."

He continued to say: "I really got to know her and got to see the ins and outs of what she was struggling with, like drug abuse. I felt like I needed to take care of her, but at the same time I was living a lie, because I wasn't happy but felt like I had to stay in it for her, because she needed help. I couldn't express any of that, of course, because I had a brand to protect. It was an insane situation to be in. Things kept building up, and Demi ended up punching a girl in the face on a plane, because she thought the girl was blaming her for something. Everybody gasped, and the girl just started bleeding."

Related: Joe Jonas' Candid Interview Reveals The Pressures Of Being A Disney Kid

Jonas then stated that: "That's when her team and her family told her, 'You need to go into rehab.' I remember being in South America, and fans immediately jumped to the conclusion that we kicked her off the 2010 tour, and they just hated on us for it." Lovato went to rehab to deal with both her drug addiction and depression issues, and has been sober since then.

Related: So THAT'S Why The Jonas Brothers Canceled The Tour

Jonas also talked about his failed relationship with 'Twilight' star Ashley Greene, who he dated for a year, ending in 2011. He explained the relationship by saying: "I was living out in L.A. by myself, and at the end of the day, long distance didn't work. It's incredibly difficult. I did a cover story with Details (magazine) acknowledging the relationship, and the day after it was on newsstands, we announced our breakup. That was just coincidence, but it's funny how that always happens, right? After Ashley, I took two or three years to just be single. I was hooking up and having fun. Now I'm with someone I really care about. We get each other."

Related: Are the Jonas Brothers Breaking Up?

Jonas has been dating model Blanda Eggenschwiler since 2013, but has also been in a relationship with Camilla Belle and Taylor Swift