Joe Jonas has spoken out about how proud he is of his girlfriend, model Gigi Hadid, after she stood up to body shamers. 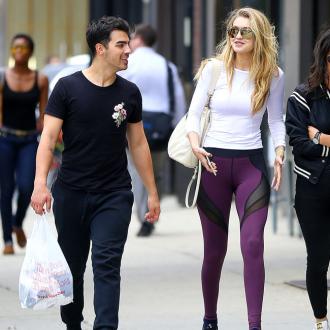 Joe Jonas is proud of girlfriend Gigi Hadid for speaking out against body shaming.

The model posted a message on Instagram in which she hit back at the haters who have blasted her curvaceous figure and Joe praised Gigi for her brave move.

He told E! News: ''I'm really proud of her. I think it's something that needs to be spoken about especially in that community. The industry seems to be changing for models, and it's great that she can have a voice.''

The blonde beauty felt the need to defend her hourglass frame after people attacked her for being out of shape during recent catwalk shows in Milan, Italy and New York.

And Gigi previously admitted that negative comments started to affect her confidence and she began to believe the critics.

She explained: ''There are people who feel like they're able to hide behind their usernames and their private accounts, who feel like they can say whatever they want and it won't affect anyone. I try not to pay attention to it that much, but it got to a point where I started to feel self-conscious about certain things - in the way that I felt that my walk, for example, is unique and I also felt like I needed to improve it.''

Gigi took to her social networking site to state she was ''proud'' of her sexy body and wouldn't let some nasty comments affect her blossoming career within the industry.