Joe Jonas was rushed to hospital in Los Angeles last night (18.12.11) after being struck down with severe abdominal pains. 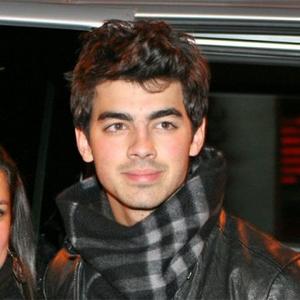 Joe Jonas was rushed to hospital last night (18.12.11) after being struck down with severe abdominal pains.

The Jonas Brothers singer checked into the emergency room at Los Angeles' Children's Hospital after complaining of extreme stomach ache following a night out at Chicago's Board Room nightclub on Saturday.

While it is not clear what the cause of the pains were, the 22-year-old star was only admitted to hospital briefly, and was spotted eating out with his brother Nick after being discharged by doctors, TMZ reports.

Last week, Joe - who has previously dated the likes of Ashley Greene, Taylor Swift and Demi Lovato - was spotted at the Ten Degrees bar in New York's East Village district canoodling with a mystery brunette.

This comes after the heartthrob was seen getting close to model Sky Ferreira at a party in New York last month and in the summer Joe was spotted getting cosy with model Karlie Kloss at a charity polo match in Santa Barbara, California.