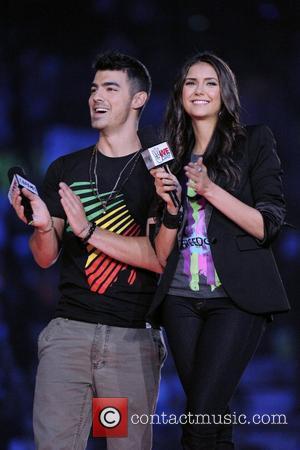 Joe Jonas has laughed off rumours he has revived his romance with actress Ashley Greene, insisting the former couple remains close friends.
The Jonas Brothers singer began dating Greene last summer (10) and the relationship came to an end in March (11), but rumours of a reconciliation emerged after he was spotted spending time with the Twilight star at an event in Las Vegas last month (Sep11).
However, Jonas is adamant there is no romance between the former couple, telling, Okmagazine.com, "I'm sorry to disappoint all those 'Jashley' fans, me and Ashley are still good friends and we talk quite a bit... Hooking up - if you're talking about making out - that, unfortunately, didn't happen."