Joe Jonas is reportedly smitten with Gigi Hadid but his friends think she will break his heart. 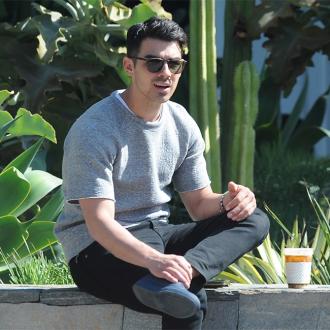 The 25-year-old singer has reportedly been spending time with the 20-year-old model following her recent split from Cody Simpson, but his friends think she will break his heart.

A source said: ''Everyone tells him he's setting himself up for heartbreak, but he can't help himself when it comes to her.''

The blonde beauty is said to be trying to make her Australian ex-boyfriend, 18, jealous by spending time with Joe.

The source told America's Star magazine: ''Gigi wants to show Cody what he's missing, and she knows that hooking up with Joe will absolutely get him riled up.''

She said: ''I mean honestly right now it seems like they will! I'm the one that's like just get married already, it's ridiculous. They are so adorable. They bring out the best in each other.''

While a spokesperson for Gigi confirmed that the couple had split due to their busy schedules they didn't rule out the possibility of a reconciliation.

The spokesperson said: ''Cody and Gigi want each other to be in a place right now that allows him to only focus on his music, fans, and new message, while she can focus and continue building her career.

''They love each other dearly and have split up in hopes that growing on their own paths will bring them together in the future.''