Joe Manganiello couldn't resist checking out his now-girlfriend Sofia Vergara when they first met in May while she was still in a relationship with ex-fiancé Nick Loeb and admits they ''could have got in a fight.'' 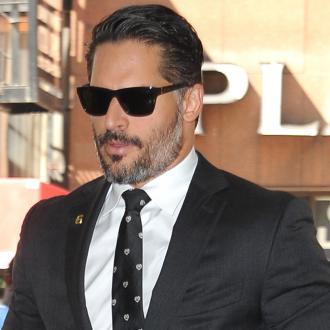 Joe Manganiello admits he ''could have got in a fight'' with Sofia Vergara's ex-fiancé.

The 'True Blood' star, who recently started dating the 'Modern Family' beauty, admits he couldn't resist admiring her butt when they first met at the White House Correspondents Dinner in Washington DC shortly before she split from Nick Loeb in May.

After being shown a photograph of himself getting ''busted'' for checking her out at the event, the 37-year-old heartthrob told E! News: ''Come on, you can't put that in front of me, what am I supposed to do, I'm not going to apologise.

''Yeah, I totally got busted. That was actually funny when we first started dating, months after that. We had talked I guess or kind of bumped into each other, but we didn't start dating until she was single. I mean she had a boyfriend at that time, so I probably could have got in a fight for doing that. I'm not trying to start a fight at the White House.''

But he jokingly added: ''I mean if that walks in front of you, it's liked the Pied Piper, you just follow it. It's a moment of sin and you don't know what you're doing.''

Joe is currently preparing for his upcoming role as a stripper in 'Magic Mike 2' and Sofia, 42, is reaping the benefits.

The actress recently admitted she is ''having a great time'' with Joe.

She added: ''It's a special time in my life, and I'm trying not to think too much about it. It's something very new, so we will see what happen.''