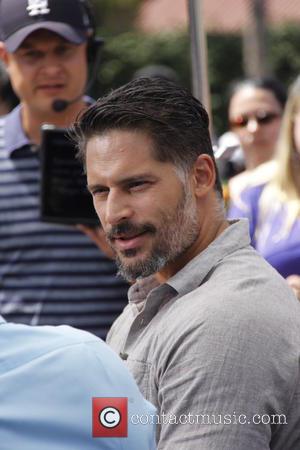 Joe Manganiello has embarked on a new romance with Sofia Vergara, days after the Magic Mike hunk confessed the Colombian beauty was his ideal woman.

The actor recently admitted he was a big admirer of Vergara's, telling People magazine, "She's got that Latin thing going. She's got the butt, she's got curves, she's got a beautiful face, beautiful hair, just gorgeous. And she's feisty!"

Now sources tell UsMagazine.com the sexy stars, who had previously been introduced to one another at the White House Correspondents Dinner in May (14), have started dating.

They reportedly went public with their fledgling relationship on Sunday (06Jul14), when they dined together at Dizzy's Cafe in New Orleans, Louisiana, where Vergara is shooting new movie Don't Mess With Texas.

One insider says, "It's very, very new. They're having fun and getting to know each other.

"They were very friendly and took pictures with other diners... They held each other and kissed several times."

Vergara ended her engagement to businessman Nick Loeb in May (14), shortly after attending the White House Correspondents Dinner in Washington, D.C. together. They had been dating on and off for four years.