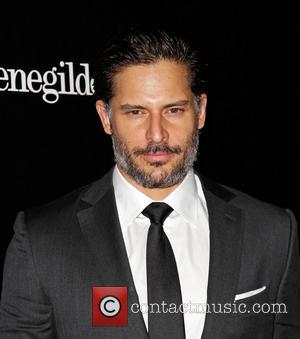 Hollywood hunk Joe Manganiello returned to his roots as a roadie by joining the band he worked with before hitting the big time at a show in New York City.

Before becoming an established actor, the True Blood star worked as a member of Goldfinger's road crew, and he reunited with the punk/ska band at a concert at the Best Buy Theater in Manhattan's Times Square on Wednesday night (13Nov13).

This time, however, Manganiello graced the stage by introducing the group to the cheering crowd before heading behind-the-scenes to pose for pictures with bandmembers.