The comedienne, who has joked about dating the 'True Blood' star on Twitter, released a statement to explain that she and Joe have gone through a "concious uncoupling." 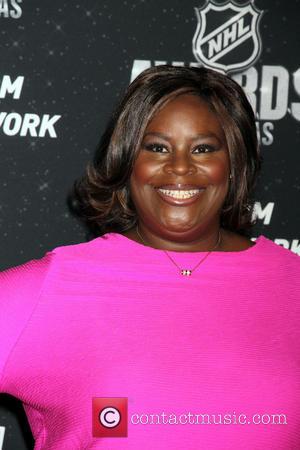 Like many women who are fans of Joe Manganiello, Retta isn't too happy with the news that he is dating Sofia Vergara.

The 'Parks and Recreation' star is known to be a huge fan of the 'True Blood' actor, which is evident through her constant tweets about their fake romance over years.

But shortly after reports surfaced that claimed Manganiello was dating Vergara, Retta told Us Weekly that she has decided to end things with him.

"It is with a heavy heart that I learn of Joe Manganiello aka my wolfy Twitter boo is seeing one Ms. Sofia Vergara. As with any (pretend) conscious uncoupling there is still much love and my Mellow Nello (that was what I called my boo in my head) will always hold a special place in my Twitter heart," she said in a statement.

Retta's fake relationship with Manganiello began in 2012 when she exchanged several tweets with Yvette Nicole Brown and Octavia Spencer.

"Hey @unfoRETTAble! Found your boyfriend, @joemanganiello ;) #jealousmuch?" Brown first tweeted, along with a photo of herself and the 37 year-old actor.

"Nah, not really b/c Joey and I know what we have. And yeah 'Joey' cause that's where WE'RE at. Nicknames. @yvettenbrown @joemanganiello," Retta replied. Spencer then chimed in by writing, "@unfoRETTAble @yvettenbrown @joemanganiello hold on you man stealing 2 timer, LOL! howdy gals." Retta again hilarious retorted by tweeting Manganiello, "Joey thinks u girls r so funny. He loves our friendship. Off to pick out our new bed. Kisses."

The 'Magic Mike' actor also got in on the act, adding, "@octaviaspencer @yvettenbrown @unfoRETTAble Ladies, ladies, ladies! Please! Can't we all get along here! #FourWay."

Before news of Joe and Sofia becoming an item, the hunky star gushed to People Magazine Hottest Bachelor issue about the Columbian-born actress.

"You're gonna get me in trouble. I don't want to be like a home-wrecker. This person is engaged," he said of Vergara. "She's got the curves, she's got a beautiful face, beautiful hair, just gorgeous. Naturally beautiful. She's feisty!" Manganiello has always being an admirer of Vergara