Late The Clash frontman Joe Strummer is to be honoured with a music festival to mark the 10th anniversary of his death later this year (12).
The rocker passed away from a congenital heart defect in December 2002, at the age of 50, and bosses of the Strummerville charity are planning a musical showpiece in August (12), the month he would have turned 60.
The charity was set up by the British star's family to help up-and-coming musicians, and a spokesman revealed they are hoping the bill for the event in south-west England - dubbed the Strummer of Love - will include many bands influenced by The Clash.
A spokesman for Strummerville tells Mojo magazine, "None of the bands have been booked yet and the search is still continuing for a suitable site. But when we were discussing how to celebrate Joe's life, a music festival seems to be the most appropriate way." 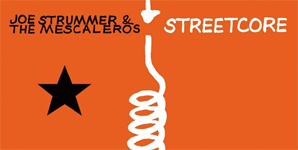