Director Joel Coen "missed" working with brother Ethan on 'The Tragedy of Macbeth' but he doesn't believe the movie would have have interested his sibling. 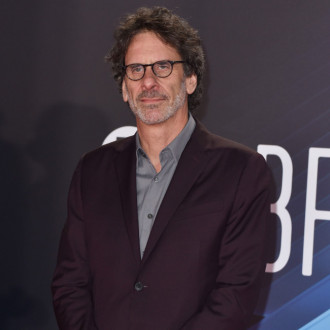 Joel Coen "missed" working with his brother Ethan on 'The Tragedy of Macbeth'.

The 67-year-old filmmaker has helmed the new adaptation of William Shakespeare's tragedy – which features Denzel Washington and Joel's wife Frances McDormand as Lord and Lady Macbeth – and it marked the first time one of the brothers has worked on a film without the other's involvement, which left Joel at a loss.

Asked about directing the movie without his younger sibling, he told The Guardian newspaper: "Very strange. I missed him. That's the bottom line. Of course I missed him. I've worked with him for over 35 years, and if ever there was a problem we would look at each other first.

"But this isn't a movie that would have interested him. I had a personal interest in it and he didn't."

Joel did hint that the brothers – whose directing credits include 'The Big Lebowski' and 'No Country for Old Men' – do not think of their partnership as a permanent arrangement.

He explained: "Look, here's the thing. When we started working together, we never asked ourselves if this was permanent, and we don't think about this in that way, either. We just thought we should do some different things for a while.

Joel admits that he didn't want to take away from the identity of Shakespeare's work when making the movie – which he wants to appeal to those who are unfamiliar with the story.

The 'Fargo' filmmaker said: "I wanted to do Shakespeare for people who don't want to see Shakespeare, or who might even be intimidated by it.

"But I wanted to preserve the power of the text, because that's the melody of the thing – and I wanted to figure out how to get rhythm that goes relentlessly through the whole thing like a murder movie."