Australian Movie Star Joel Edgerton Recruited His Moviemaker Brother To Help Call The Shots On His Feature Film Directorial Debut The Gift As He Struggled To Juggle His Duties Both In Front Of And Behind The Camera. 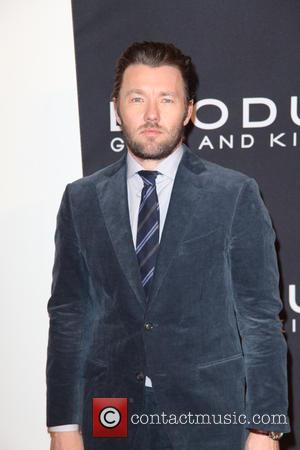 Picture: Joel Edgerton - Photographs of a variety of stars as they arrived at the New York Premiere of 'Exodus: Gods And Kings' which was held...

The Great Gatsby star served as writer, director, actor and producer on the new thriller, and he admits he had his work cut out for him as he embarked on the ambitious project - so he turned to his sibling Nash Edgerton to give him a hand.

Joel explains, "It wasn't the most ideal situation to direct and act. My brother is a director who I really admire and he was on set with me to yell, 'Cut'. It does feel a bit weird when you're in the scene with somebody and then you call, 'Cut', and you try to give them notes on what to do. It was tricky but I'm really glad I did it."

Nash Edgerton was well suited to share his advice with Joel as he is an established writer, director, producer, actor and stuntman in his own right. He also has a small role in The Gift, for which he served as stunt co-ordinator.

The film stars Jason Bateman as a husband whose life is thrown into disarray after an old acquaintance, played by Joel, exposes a dark secret he's kept hidden for over 20 years.