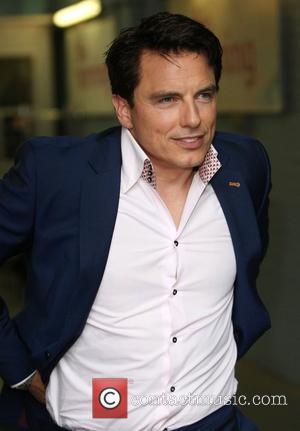 Scottish actor John Barrowman would like to adopt a gay teenager in the future.
The Torchwood star previously considered taking in a youngster orphaned by the 2010 Haiti earthquake, but he decided against the move over fears he would be lambasted for following in the footsteps of Angelina Jolie and Madonna, who have both adopted children.
However, gay Barrowman admits he and partner Scott Gill still harbour dreams of becoming parents - and would like to help out a teen in need.
The actor tells Britain's The Sun, "We haven't ruled out having children ourselves but it depends where my career takes us. We wouldn't want a baby. We'd look at adopting an older child or teenager who might have been in trouble.
"We would also look at adopting a gay child, thrown out of their home because of their sexuality. We have a lot to offer - chances and opportunities a young teen probably wouldn't normally get."