John Barrowman Has Rear Of The Year 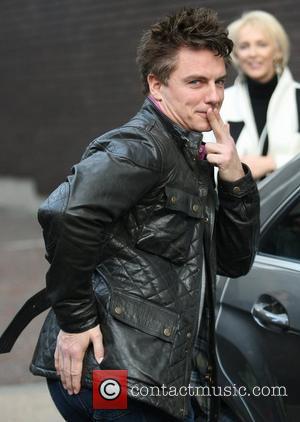 Scottish actor John Barrowman has a cheeky new accolade - he has been named the owner of Britain's Rear of the Year.
The former Doctor Who star, who played Captain Jack Harkness in the sci-fi series and spin-off Torchwood, has told of his delight after being praised for his perfect derriere in the 30th annual British contest.
He says, "With tush tightly toned, cheeks firmly clenched and a big smile on my face, I'm thrilled to be awarded the accolade."
Barrowman shares the prize with U.K. soap star Shobna Gulati, and the winners follow in the footsteps of previous recipients including pop singers Gary Barlow and Rachel Stevens.
Sally Allen, of the competition's sponsor Wizard Jeans, says, "Shobna's slim but womanly silhouette is a fine example of the happy, healthy female form for 2012 and John's rear is clearly admired on an international basis, judging by the number of fans who voted for him. No doubt his dancing prowess helps to keep him in tremendous shape."