John Barrowman Wants To Return For Who Anniversary

John Barrowman wants to return to 'Doctor Who' as his character Captain Jack Harkness for the 50th anniversary of the BBC One sci-fi show in 2013. 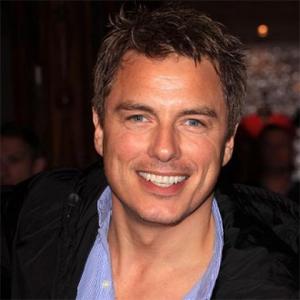 John Barrowman wants to return to 'Doctor Who' for the show's 50th anniversary.

The actor wants his character Captain Jack Harkness - who he also plays in spin-off series 'Torchwood: Miracle Day'- to return to the BBC One sci-fi programme when it celebrates its landmark year in November 2013.

He exclusively told BANG Showbiz: "It's the 50th anniversary coming up of 'Doctor Who' and Jack is an integral part to this story and, if I'm going to be a little self-absorbed, I would hope he would be involved, it would be a shame if he wasn't."

John would especially relish the chance to star opposite Eleventh Doctor Matt Smith who he thinks is a "very good Doctor".

Although he is keen to appear for the anniversary, the 44-year-old star - who has appeared opposite former Time Lords Christopher Ecclestone and David Tennant in the TARDIS - loves 'Doctor Who' so much he would come back at any time.

John - who has the backing of former showrunner Russell T. Davies - said: "I don't think it's a question of whether I would like to come back as Captain Jack, I'd be very happy to do that any time. I know the fans would really like that. But it's a decision left up to the BBC and the drama department. So like I've said to all the fans you need to write to them if you want it to happen because I've never been asked. I know Russell thinks it might be a nice idea as did ('Doctor Who' executive producer) Steven Moffat but who knows?"

As well as his work on screen, John has just released a new album 'Tonight's the Night: The Very Best of John Barrowman' and he says all the tracks have a special meaning to his life.

He explained: "I chose all the tracks because I wanted them to have a personal connection to me. I say in the sleeve each of the songs carry a little piece of my heart with them. What I mean by that is the fact that each one has an emotional connection relating to something that happened in my life from my career or to someone who is a family member or the song was introduced to me by a family member. It's a very personal album."

'Tonight's the Night: The Very Best of John Barrowman'- which includes songs such as 'I Am What I Am', 'So Close' and 'Copacabana'- is out now.