Oscar-winning composer John Barry, the man behind many of the iconic James Bond theme tunes, has passed away at the age of 77.
The British musician suffered a fatal heart attack on Monday morning (31Jan11), according to his fellow Bond composer David Arnold.
He wrote on Twitter, "It was with a heavy heart that I tell you John Barry passed away this morning.
"I am profoundly saddened by the news but profoundly thankful for everything he did for music and for me personally."
Starting his career working on music for BBC programmes, Barry moved on to arrange orchestral accompaniments for EMI and was approached to help compose the score for James Bond's first big screen outing in 1962's Dr. No.
He went on to devise the iconic style of music throughout some of the spy series' most popular films, and composed legendary theme tunes including Goldfinger, From Russia With Love, Thunderball and Diamonds Are Forever.
As well as his work on 11 Bond films, he composed music for Born Free, Out of Africa and Dances with Wolves, all of which won him Academy Awards.
Barry received a British Academy of Film and Television Arts (BAFTA) fellowship in 2005.
He married four times, including a short-lived union to British actress/singer Jane Birkin, and has four children. 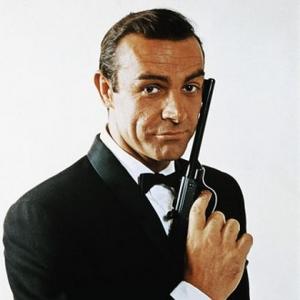