John Boyega And Will Poulter Bonded In Detroit

London-born actors John Boyega and Will Poulter, aged 25 and 24 respectively, may seem like odd choices to star in Kathryn Bigelow's Detroit, chronicling a racially charged event in the Midwestern city in July 1967. 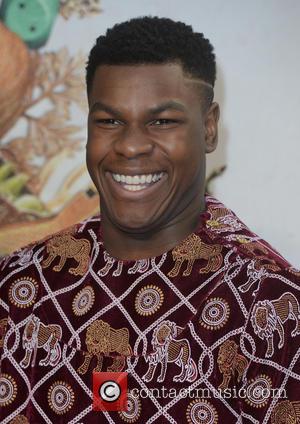 Boyega (The Force Awakens) plays Melvin Dismukes, a quietly observant security officer, while Poulter (The Revenant) plays Philip Krauss, an abusive policeman. As non-American actors, they're able to get under the skin of these characters without any cultural baggage. And despite the fact that they are playing characters on opposite sides of the conflict, the actors bonded on the set. Boyega says he heard about the film when the auditions came up, and he had time to fit one movie in before resuming his Star Wars role for The Last Jedi. "I wanted a movie that was grounded and based on a true story," he says. "And this was an issue that I'm very passionate about, given the subject matter. I see the movie as Detroit's origin story: the scars and the hurt. This place was victimised by systemic racism and violence. And that creates an imbalance that's very, very hard to sort out."

Meanwhile, Poulter had to get his head around playing the vile Krauss, a fictional composite character. ?"He's a racist first and foremost," Poulter says. "There's nothing I can respect or acknowledge as sane. I didn't want to apologise for him, but I don't know that he's a cosmic form of evil. He's a human being responding to many of his frustrations by projecting blame on a single group. He is the epitome of hate."

To get into the mindset, he watched clips of Ku Klux Klan leaders and other white supremacists. "It's real-life horror footage," Poulter says. "The level of certainty and confidence is what's most horrifying."

On the other hand, Boyega plays a complex man who was criticised for not being more heroic. "Look, I totally get it," he says. "As a black person sometimes there's an expectation to stand up in a particularly distinct way. But sometimes you can't. Because what we all are before a certain colour is human. And that can override everything else."

Boyega got the chance to actually meet Dismukes and talk about the events of that fateful night. "Before I spoke to him I only had to see him as a character," he admits. "But he gave me so much more perspective on how he actually felt, and being confused in this. He didn't wake up that morning expecting to be in that situation."