Star Wars Actor John Boyega Has Paid Tribute To A Terminally-ill Superfan Who Died Just Days After Receiving An Advance Screening Of The Force Awakens. 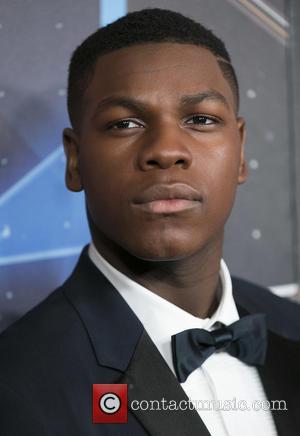 Daniel Fleetwood's wife Ashley launched a campaign on social media, appealing to Disney bosses to screen the highly-anticipated sequel for her man as she feared he would not make it to the film's December (15) release date.

Weeks after the project went live, film executives agreed to make one of Daniel's final wishes come true, thanks in part to the backing of Star Wars stars Mark Hamill, Peter Mayhew and John Boyega. Daniel even received a surprise call from director J.J. Abrams himself on Thursday (05Nov15), when the movie was screened at his Texas home.

Daniel, who had been given two months to live over the summer (15),passed away on Monday (09Nov15) after succumbing to spindle cell carcinoma after a three-year battle with the disease.

Ashley confirmed her husband's death in a Facebook post on Monday night, uploading the final selfie the couple had taken together.

"Daniel put up an amazing fight to the very end," she wrote. "He is now one with God and with the force. He passed in his sleep and in peace. He will always be my idol and my hero."

Upon hearing the tragic news, John Boyega took to Twitter to remember the special fan.

"#ForceForDaniel glad you got to see the movie more importantly that you slept in peace (sic)," he tweeted on Tuesday (10Nov15). "God bless you man x x you inspire me xx".