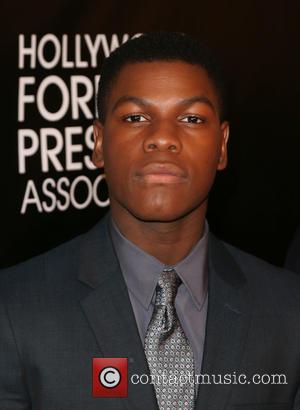 John Boyega and Daisy Ridley, who saw off competition from thousands of hopefuls to land parts in the new film, joined in the celebrations to mark the launch of a new collection of Star Wars toys on Friday (04Sep15).

They surprised fans queuing up at a branch of the Disney Store on London's famous Oxford Street ahead of the toys going onsale at midnight, posing for pictures and signing autographs.

Force Friday has also featured a live global unveiling of the toys on YouTube.com.

Star Wars: Episode VII - The Force Awakens is slated for release in December (15).