Darren Young came out as gay this week. 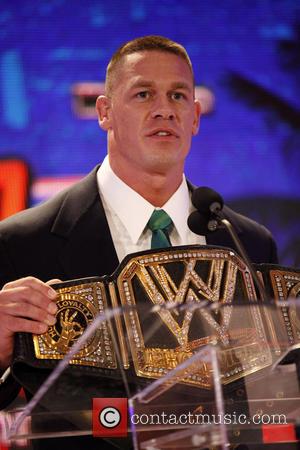 The TMZ guy probably couldn't believe his luck. Sent to hassle some minor celebrities at LAX airport, this guy ambled up to WWE superstar Darren Young at the baggage reclaim to ask him about gay wrestlers.

Young was asked whether he thought a gay wrestler could succeed in the WWE, though he could never have imagined the response.

"Absolutely. Look at me. I'm a WWE superstar and to be honest with you, I'll tell you right now, I'm gay. And I'm happy. I'm very happy," laughed Young.

Young is now the first openly gay wrestler in WWE history and the first headlining wrestler ever to come out while still signed to a major promotion. There's been plenty of rumors concerning other wrestlers, but they remain just that, rumors.

Essentially, this is ground-breaking for the sport and Young's coming out is being praised across the industry.

A representative for the WWE said it's "proud of Darren Young for being open about his sexuality," adding, "We will continue to support him as a WWE Superstar.  Today, in fact, Darren will be participating in one of our Be A Star anti-bullying rallies in Los Angeles to teach children how to create positive environments for everyone regardless of age, race, religion or sexual orientation.

John Cena - the WWE's biggest superstar - was given the news while dining with a friend. "Oh wonderful," Cena said, "I know Darren personally. Darren's a great guy. That's a very bold move for him. And congratulations for him for actually finally doing it."