The Monty Python reunion is some of the biggest entertainment news of the year. 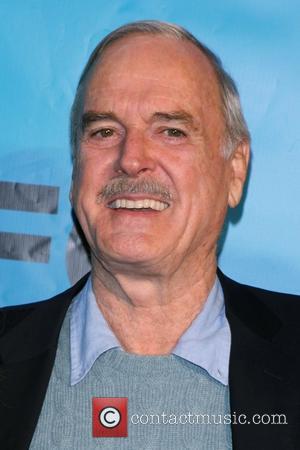 News of the Monty Python reunion ripped through the entertainment world on Tuesday (August 19, 2013), with the surviving members of the Flying Circus, John Cleese, 74, Terry Gilliam, 72, Terry Jones, 71, Eric Idle, 70 and Michael Palin, 70, announcing that they are to re-form for stage show after a quarter of a century apart.

"Monty Python is set to be a flying circus all over again", John Cleese posted on Twitter. The news echoed David Bowie's return to music in that it was essentially a great big surprise.

On Thursday, the original team will reunite on stage at the Playhouse Theatre in London where Spamalot - one of the Python's most successful movies - has delighted audiences for years.

They are likely to outline the details of the reunion and perhaps the reasons for coming back. Speaking to the BBC yesterday, Jones was typically unequivocal, "We're getting together and putting on a show - it's real. I'm quite excited about it. I hope it makes us a lot of money. I hope to be able to pay off my mortgage!"

On Tuesday, Idle tweeted after a Python meeting. He wrote: "Python meeting this morning. Can't wait. Press Conference Thursday will apparently be live on Sky News. I'll get you the online URL."

The success of Spamalot is probably the biggest factor in luring the rest of the Pythons back to the stage. It took $175 million at the box-office in its initial Broadway run alone and has been touring the world ever since.

Last night, bookmakers Ladbrokes were offering shorts odds of 6/4 that the new Monty Python show would break West End ticket sales and, perhaps more intriguingly, 2/1 that it will spawn a new feature film.

The first Python movie, And Now For Something Completely Different, was released in 1971 and was followed by Monty Python and the Holy Grail in 1975 and The Life of Brian - featuring the famous line "He's not the messiah! He's a very naughty boy!"

Plans for a US tour in 1999 and a movie sequel to Holy Grail were shelved, though maybe they were simply postponed? 'Spamalot' Has Been Hugely Successful Across The World. Michael Palin Will Be Back With Monty Python.