Cusack's 'The Raven' Take A Beating From Critics 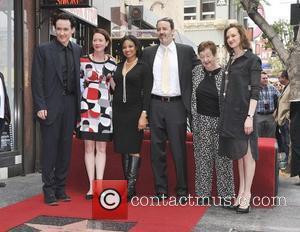 The last few days have not been kind to John Cusack and his new period thriller The Raven. On paper, the movie looks intriguing; an imagining of what happened at the end of Edgar Allen Poe's life, in the style of a gothic thriller, tapping into the imagery that Poe created within his own work. Cusack plays the lead role, taking a break from the more comedic and light-hearted roles that he has previously taken on.

Critically, the movie has bombed. As the reviews have come in for The Raven over the last few days, support for the movie has plummeted and the movie's score on the Rotten Tomatoes site has dropped to just 20 per cent. Roger Ebert of Chicago Sun-Times was critical of the film's composition, saying "The use of sensational effects. create a problem of proportion for a period film like this. extreme violence is unnecessary." Leslie Felperin, writing for Variety, dismissed the movie by saying "The Raven is a squawking, silly picture that never takes flight." And, defending the legacy of the film's main subject. Empire magazine's Kim Newman doesn't think that Edgar would have approved of this meta-reworking o his life and work: "Poe was one of the most vicious, merciless critics of his age. He would not have let this get past him without skewering its shortcomings with a barbed quill."

The Raven has fared slightly better with audiences that have seen it, so far, but these reviews will not have helped when it comes to persuading wavering fans to choose to see The Raven at their local cinema over the next few weeks. Especially with films like The Hunger Games and Avengers Assemble to contend with.