John Legend is excited to perform on the same bill as Beyonce and a host of other famous acts, in aid of Chime for Change - an initiative, focusing on women's issues worldwide. 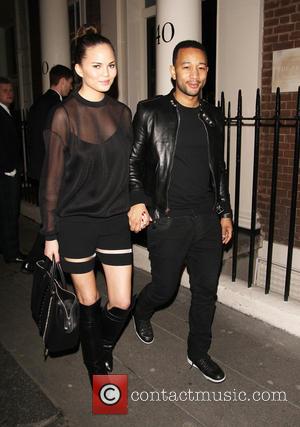 John Legend is excited to team up with Beyonce for a London concert, endorsing Chime for Change – a charity, aimed at helping girls and women around the world. The singers will perform at London’s Twickenham stadium on June 1st alongside a host of other international acts, including Florence + the Machine, Haim, Ellie Goulding, Iggy Azalea, Laura Pausini, Rita Ora and Timbaland. Chime for Change was founded by Gucci and profits from the initiative go to various NGOs around the world, which aim to affect change in the lives of underprivileged women.

John Legend himself has been working with various organisations, focusing on women’s rights, for a long time. For The Huffington Post, the singer said he was “inspired” to act after traveling to Ghana with Millenium Promise co-founder Professor Jeffrey Sachs, who wrote The End of Poverty. The Grammy Award winner is excited to perform alongside Beyonce.

""We met a girl there named Rose who was really charismatic and a really brilliant little girl - if we hadn't helped her, she wouldn't have had the opportunity to have a secondary education. For many girls in her community, this was just something that wasn't done. The boys would get that education but the girls wouldn't. Because of her energy and charisma we really wanted to help her - so we extended it as a scholarship for young girls to go to secondary school. Their families weren't interested in investing in that because it was a custom for them not to do that for their girls," he explained. About the concert itself, Legend expressed nothing but excitement.

"It's a pretty dynamic group of people and I'm proud to be part of it," he commented on the impressive lineup. When he admitted he'd love to duet with Beyonce, he was asked what they would perform, to which he replied "I don't know, I'll have to ask Mrs Carter about that."