John Legend will be part of a huge charity project called Chimes For Change that aims at endorsing female empowerment on a global scale. 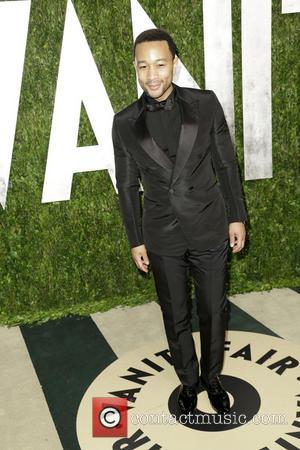 Singer John Legend has spoken of his overwhelming excitement after being asked to join the likes of Beyonce, Gucci creative director Frida Giannini and actress Salma Hayek Pinault for the Chime For Change charity project. Speaking to the Huffington Post, the singer discussed his involvement in the charity concert and discussed what Chimes For Change hopes to achieve, as well as detailing his admiration for Mrs Carter, with whom he will be sharing a stage with at the Twickenham-based festival this summer.

'It's a pretty dynamic group of people and I'm proud to be part of it,' he told the online journal during his recent visit to London, before going on to detail his admiration for the show's host and headliner Beyonce and why it makes 'it makes perfect sense' for the show to be held in the UK capital. The charity movement itself aims to curtail poverty and give everyone an equal chance, and as Beyonce put it in a recent video message addressing the charity, 'Our goal is to call for change for girls and women in the loudest voice possible.'

The global campaign for female empowerment will culminate with the Chimes For Change concert at London’s Twickenham Stadium on 1 June will feature, as well as Beyonce and Legend, Ellie Goulding, Florence + the Machine, HAIM, Iggy Azalea, Laura Pausini, Rita Ora and Timbaland. Full details of the event and ticket information is available at the Chimes For Change website. John Legend will hook up with Beyonce at the charity event.