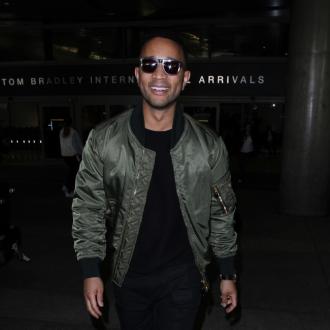 John Legend wants his music to ''bring light and inspire''.

The 'Love Me Now' hitmaker ''starts with his own background'' when it comes to choosing the projects he takes on as he wants to help bring ''beauty into the world''.

He said: ''I start with my own background: I was an English major and also concentrated in African-American literature, history, and culture. Even as a young person, I used to read a lot about Frederick Douglass and Harriet Tubman and Martin Luther King Jr.

''Everything we do has some connection to that interest of mine and the interests of my team. As an artist, what I want to do is bring light, inspiration, and beauty into the world. Music is the main way I do that, but our film company is trying to do that as well.''

And the 38-year-old singer - who has eight-month-old Luna with his wife Chrissy Teigen - has launched his own campaign called Free America against mass incarceration and in the hope of transforming America's criminal justice system.

Of the project, he added to Fast Company magazine: ''I've always been someone who thinks a lot about social justice and how we can make the world better, how we can look at issues like poverty and education and criminal justice reform to make people's lives better, particularly in the black community.

''One issue I spend a lot of time thinking about is, how do we make our schools better? As I spent time with young people, I realised that for a lot of them, their fathers were disappearing from the communities and from their families.

''We are able to raise money and get a lot of interest in helping them with school, but once kids get in trouble - once they get caught up in the criminal justice system - then all of our sense of philanthropy disappears and we just let society give up on them. I told my team I want to add a new focus to our plate, this issue of mass incarceration.''