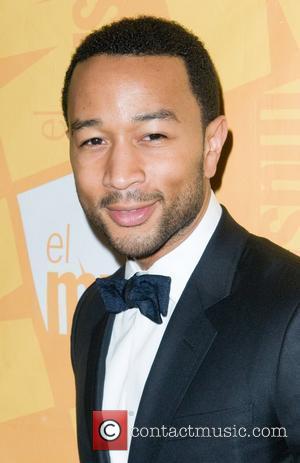 John Legend, Jennifer Lopez and Demi Moore were among the stars raising money for children's charities at a New York City gala on Tuesday (07Jul11).
The trio showed up to represent their respective charitable foundations at Samsung's annual Hope for Children event, which supports more than 30 charities and 400 schools.
Legend, who attended the bash on behalf of his Show Me campaign to fight poverty, joined singer Jason Mraz on stage for a rendition of Bob Marley's anthem Redemption Song, while Harry Connick, Jr. also performed to raise awareness for the New Orleans Habitat Musicians' Village.
Marc Anthony, Kevin Jonas and Debbie Gibson were also guests at the event, where former U.S. President Bill Clinton was honoured with the Hope for Children Ambassador Award.