Soul Star John Legend Is Adding Celebrity Vintner To His Resume With A New Wine Collection. 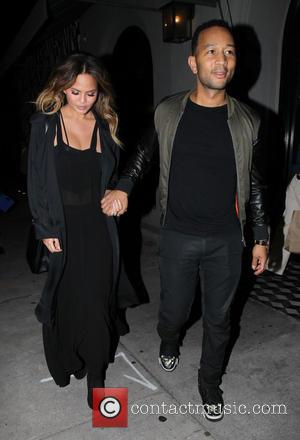 The All of Me singer has teamed up with experts Stephanie Putnam and Jean-Charles Boisset at California's Raymond Vineyards to create his own tipple and he gave fans a sneak peek by sharing a photo of himself holding a bottle of his Legend Vineyard Exclusive red on Instagram.

"Got the first case of my new wine brand in conjunction with Raymond Vineyards: LVE!" the dad-to-be writes in the caption. "So good. Can't wait for you to try it. LVEwines.com".

He isn't the first star to enter the wine business - Drew Barrymore, Francis Ford Coppola, Brad Pitt and Angelina Jolie, Fergie, and Sir Cliff Richard all boast their own labels, too.

It's an exciting time for John - in addition to his wines hitting the market this autumn (15), he and his wife, model Chrissy Teigen, are preparing to become first-time parents.

The couple went public with its baby news earlier this month (Oct15), just weeks after Chrissy admitted she had been struggling to conceive and had turned to in vitro fertilisation (IVF) treatment.

They announced the pregnancy on Instagram, with both stars sharing a sweet photo of John touching his wife's stomach.

"John and I are so happy to announce that we are pregnant," the model wrote. "As many of you know, we've been trying to have a baby for a while now. It hasn't been easy, but we kept trying because we can't wait to bring our first child into the world and grow our family.

"We're so excited that it's finally happening. Thank you for all your love and well wishes. I look forward to all the belly touching!"

Chrissy recently admitted John has even started writing songs about their unborn child.

"A few years ago, a lot of people were writing songs when they got pregnant and he was like, 'I just feel like I'm not gonna be that guy, I'm not gonna write a song,'" she recalled on Monday's (26Oct15) episode of her U.S. talk show FABLife. "And then yesterday he texted me: 'Writing a song for our baby!'."