John Legend will 'always' be grateful for Kanye West

John Legend will ''always'' be grateful for Kanye West for having his ''music back'',e specially at the start of his career when he was rejected from other record labels. 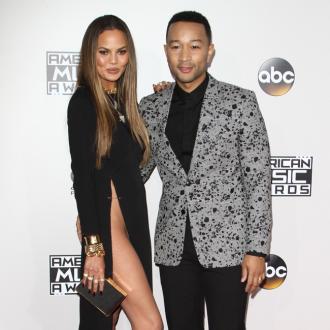 John Legend will ''always'' be grateful for Kanye West for having his ''music back''.

The 37-year-old singer believes he wouldn't have landed a record deal without the assistance of the 'Famous' rapper, because he was rejected by ''every major record label'' when he was trying to break into the music industry, and Legend is thankful for his support throughout his music career.

Speaking on the Honda Stage at the iHeartRadio Theater in Los Angeles on Friday (02.12.16), he said: ''I don't know if I would've gotten signed to Columbia and Sony without [Kanye's] help and his work with me on my music back then. So I'll always be grateful to him for that.

''I got turned down by every major record label who I met with - including Sony [Legend's current record label] - and you know, I had to keep persisting despite the no's and wait till I got to yes.''

And the father-of-one - who has seven-month-old daughter Luna with his wife Chrissy Teigen - believes it was ''helpful'' he became famous when he became an adult.

Speaking previously, the 'Ordinary People' hitmaker said: ''I think it was helpful for me to become famous when I was an adult already; I was twenty-six years old. I think it's harder for people that become famous when they're a lot younger because you never had to be an adult without being in this very unrealistic world. It is unrealistic if you don't know what the real world is like and me having lived in the real world for a while was very helpful.''