John Legend has teased he will release a new LP ''real soon'', and he already has ''an inkling'' as to when he will drop the album. 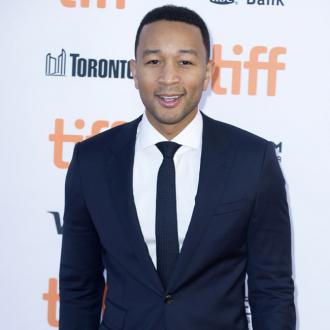 John Legend has teased he will release a new LP ''real soon''.

The 'Ordinary People' hitmaker, who unveiled his latest record 'Love Me Now' last week, has hinted he will be dropping his first album in three years soon, and although he has yet to confirm a date he has ''an inkling'' as to when he plans to launch it.

Speaking to the Daily Star newspaper about the forthcoming musical venture, he said: ''The album's coming real soon, nothing is certain but I have an inkling of the date.''

Although the 37-year-old singer has taken time out to film scenes for 'La La Land', he has admitted music is still his first love.

He explained: ''For me, music still comes first. I love working with my production company.

''I don't want to do a lot of acting, but I think there are times when some of the stuff we are producing calls for me to be involved as an actor in it as well. So I'll get involved in that way but most of the time I'm just going to be making music and going out on the road.''

And Legend - who has five-month-old daughter Luna with his wife Chrissy Teigen - has no plans to stop making music because he thinks it's a ''powerful experience''.

He said: ''For me, I still love the format of the album, as it gives you a chance to live in an artist's vision for 45 minutes to an hour, I think that's still such a powerful experience to have.''