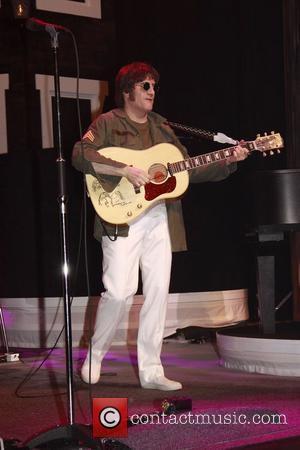 Picture: Steve Landes as John Lennon Opening night of the Broadway production of 'Rain - A Tribute to The Beatles' at the Neil Simon Theatre -...