Lennon 'Fantasised About Sex With Mother' 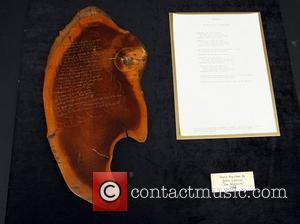 A leaked audio diary recorded a year before John Lennon's death has revealed the former Beatle allegedly used to fantasise about having sex with his mother.

The content of the recordings is being made public by author Philip Norman in a biographical book on Lennon, entitled John Lennon: The Life.

As revealed by the Sun newspaper today, Lennon also hinted at wanting a gay relationship with band member, co-writer and long-time musical collaborator Paul McCartney, who is said to be "furious" at the revelations being made public.

However, Norman argues they are necessary to make sense of the complexity and confusion of Lennon's character, which led to his troubled existence but brilliant genius.

In the recordings, made on September 5th 1979, Lennon is heard reminiscing about moments he had with his mother when he was a teenager.

A voice on the recordings, which is alleged to be that of Lennon, says: "I was just remembering the time I had my hand on my mother's t*t in one Blomfield Road.

"I took a day off school, I was always doing that and hanging out in her house.

"We were lying on the bed and I was thinking 'I wonder if I should do anything else?'

"It was a strange moment, because I actually had the hots for some rather lower-class female who lived on the other side of the road.

"I always think that I should have done it. Presuming she would have allowed it."