Lennon: 'The Beatles Were A Christian Band' 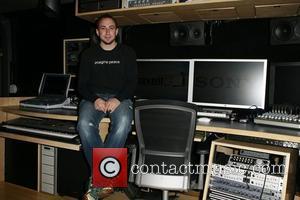 An unheard interview with John Lennon has revealed the late singer believed his group THE Beatles were a Christian band.
The star famously caused controversy after claiming in 1966 that the Fab Four were "bigger than Jesus", and predicting Christianity would "vanish and shrink".
But in a previously undiscovered 1969 interview with Lennon, aired for the first time on BBC Radio on Sunday (13Jul08), the Imagine singer claims his infamous remark was misunderstood.
And he even hoped his music would encourage people to turn to the Christian faith.
Lennon told a reporter: "It's just an expression meaning the Beatles seem to me to have more influence over youth than Christ.
"Now I wasn't saying that was a good idea, 'cause I'm one of Christ's biggest fans. And if I can turn the focus on the Beatles on to Christ's message, then that's what we're here to do."
The interview was conducted by Ken Seymour of the Canadian Broadcasting Corporation when Lennon and wife Yoko Ono were at the Bed-In For Peace protest in Montreal.