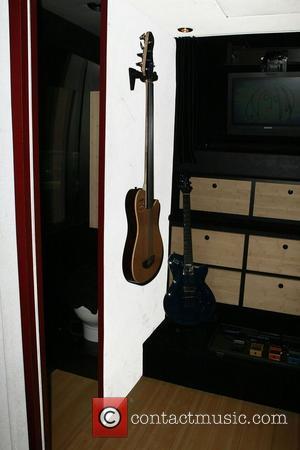 John Lennon's ex-girlfriend MAY PANG came within days of reuniting THE Beatles during her 18-month relationship with the star. May Pang dated Lennon during his "lost weekend" in 1974 and 1975, after working as his assistant for three years. They came together after Yoko Ono encouraged them to date because her marriage to the rocker was faltering. Pang claims it was her objective during their romance to reunite Lennon with his estranged writing partner Paul MCCartney - and bring the Fab Four back together. And she insists she came close - Lennon was making plans to join MCCartney in New Orleans when he suddenly returned to Yoko Ono. Pang says, "It was my goal at the end to get them back together. That's what I wanted. We talked about reuniting the Beatles. At one point he wanted to do it. For the hell of it. Because there wasn't any pressure, any contracts. He'd say, 'That'd be fun.' "Enough time had passed and he was enjoying himself performing with other musicians. It was fun again. John said to me one day, 'What do you think if I start to write with Paul again?' I said, 'Are you kidding? that would be great.' He asked me why? And I told him, 'Solo-wise, you're good. Together there's something so magical you can't beat.' "They were talking about it originally for 1974, but everybody was busy. Then they talked about adding other musicians. Harry Nilsson wanted to be part of it, other people wanted to be part of it." Pang claims any hope the Beatles had of reuniting died the day Lennon suddenly returned to live with Yoko Ono at New York's Dakota Building. She says, "Yoko called him up one day. She had this method she had to help him quit smoking. He said, 'I'll be gone for a couple of hours. I'll be back, we'll go for dinner and talk about going to New Orleans.'" Lennon never came back and the Beatles plans died. But Pang insists he was serious about bringing back the Beatles: "He was really thinking about it. It was so fantastic." Pang, 57, is currently promoting a book of rare Lennon photographs, Instamatic Karma.