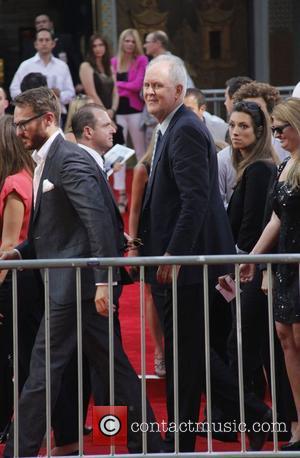 You’d think with renowned thespian John Lithgow in the line-up, The National Theater’s Christmas production The Magistrate would be a shoo-in for a glut of storming reviews, the actor after all does tend to light up whatever it is that he appears in.

Yet, surprisingly, critics aren’t quite so sure over this latest festive offering, an update on a play that first opened at the Court Theater in London way back in 1885 (we don’t believe Lithgow was starring in it at that point). The Daily Telegraph admitted that they struggled for laughs at the comedy, though they did praise Lithgow’s co-stars, writing “Nancy Carroll … proves genuinely touching as his wife whose innocent lie leads to a spiral of chaos, while the diminutive Joshua McGuire is both funny and more than a touch creepy as the boy who doesn't realize he's a man.”

The Guardian meanwhile picks holes in the music, reckoning “it's the persistent musical interludes, performed by joke-Victorians in curly wigs and striped trousers, that irritate. Farce, they say, is sped-up tragedy; but here the songs both slow the action down and pointlessly adorn Pinero's still-viable, time-proof play.” The Evening Standard is a little more generous though, proffering “There's a certain clunkiness, and a few of the jokes are inane. But the more Wildean lines and jolts of wit mean The Magistrate remains likable seasonal fare.” A hung jury, then, for The Magistrate.