Rocker John Lydon Was Thrown Off Alcatraz During His Punk Heyday For Smoking A Cigarette Inside The Defunct Island Prison. 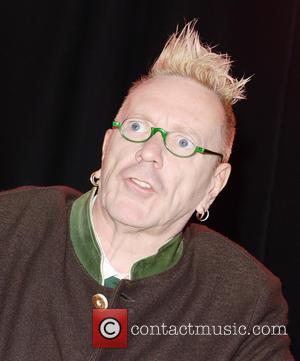 The Sex Pistols frontman visited the famous former federal jail in San Francisco Bay in 1978 hours before what would become the iconic band's final gig, at the city's Winterland Ballroom.

He has previously recalled how he loved the prison's eerie atmosphere but has now revealed his visit finished in ignominy when he and a pal were kicked off the island by security guards for flouting a smoking ban.

The rocker even suspects the incident affected his mood during that night's concert, when he effectively split up the Sex Pistols onstage at the end of the gig.

Lydon tells Uncut magazine, "I loved it. It's so odd, people talk about it being haunted or it's got a bad atmosphere. I found the atmosphere really relaxing, isn't that strange? I found an empathy in there, of imprisoned souls. There was this sign, about 40ft high, saying 'Do Not Smoke'. We missed it and lit up, and that was that. We got kicked off the island.

"An official told us that there are cameras everywhere, even though it's a defunct prison. You're still a prisoner by mentality, and now tourists are paying for the privilege of being imprisoned. But there's the reward. I went to the gig that night with that information, you're still not free. Did it have anything to do with what I did? Probably."