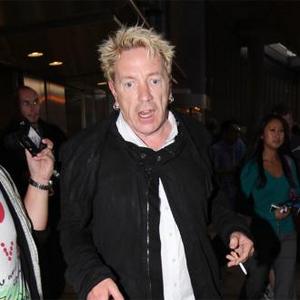 However, programme bosses won't have to worry about foul mouthed tirades from the punk star - previously known as Johnny Rotton - as the show is being pre-recorded.

One BBC insider joked: ''We're just hoping Johnny isn't too rotten and wants to have a proper discussion.''

John has a notoriously short temper and recently slammed the London Olympics organisers for trying to ''involve'' the Sex Pistols in The Games ''without any respect''.

He is refusing to support the sporting event - which is due to take place from July 27-August 12 this year - because he claims organisers asked about the possibility of ''reconstituting'' the band's ''ideas, artwork and lifestyle''.

He said: ''I can't back the Olympics. They tried to involve us [the Sex Pistols] but without any respect - they just wanted to use my ideas, our artwork, our lifestyle, but take it away from us and reconstitute it in this happy-go-lucky world of Olympic nonsense.''