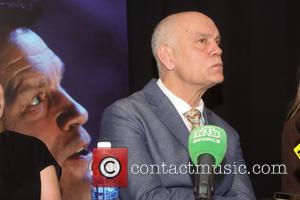 John Malkovich has been hailed a hero after he rushed to the aid of an injured tourist in Toronto, Canada last week (06Jun13).

The actor was having a cigarette break near the King Edward Hotel in the city when an American man fell over scaffolding and was left bleeding from his neck.

Malkovich, who is in the city playing Casanova at the Elgin Theatre, was the first at the scene to help the man, applying pressure to the injured spot to stem the bloodflow.

The man was briefly hospitalised before being released.