John Mayer's second studio album in fifteen months, as the title Paradise Valley suggests, is a more contented affair than much of his previous work. Picking up the baton from 2012's Born  and Raised, Mayer continues to explore the seventies infused country rock of his previous record. But rather than simply repeating himself, he broadens his horizons by re-introducing more familiar blues elements, and some surprising guest vocalists. The resulting collection of songs may lack some of the attention grabbing guitar playing that Mayer is capable of, but ultimately, it's perhaps his most satisfying album to date. 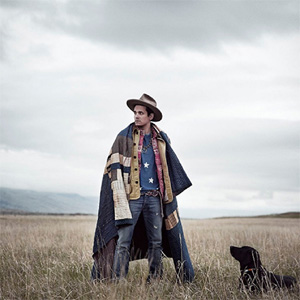 While Paradise Valley continues to mine a nostalgic streak, Mayer seems at peace with his past demons. It's a very grown up record, a feat that seems to elude some artists. As 'Dear Marie' demonstrates Mayer's able to look back with a new sense of perspective: "Remember me, I'm the boy you used to love when we were fifteen Now I wonder what you think when you see me on a magazine?" He goes on to reach the conclusion: "I've got my dream, but you've got family." Despite a sense of regret, there's no bitterness, Mayer seems genuinely happy with his place in life and is eager to learn from past mistakes.

That sentiment shines through on the hazy blues anthem 'Wildfire'. It's all handclaps and catchy guitars, as Mayer tells an unnamed lover: "You can rest your head on my shoulder if you want to get older with me. Because a little bit of summer makes a lot of history." Certainly by the end of Paradise Valley Mayer is firmly looking to the future, rather than the past. That's made abundantly clear on penultimate track 'Badge and Gun' with the lines: "The lock is on the cellar door, I can't remember what it's for. I ain't been down those stairs in oh so long." Even the most headline grabbing moment on Paradise Valley, 'Paper Doll', seems relatively restrained. Speculation remains as to whether the song is a direct response to Taylor Swift, but despite some keenly observed lyrics, it seems Mayer's not overly inclined to linger on his celebrity status.

However he does use his fame to his advantage later in the album by calling in some surprising guests. Following a JJ Cale cover of the suitably bluesy ''Call Me The Breeze', both Katy Perry and Frank Ocean make appearances. In fact the addition of a cover version seems to break Paradise Valley into two distinct halves. The subsequent songs see many new elements take a more prominent role, such as a brass section, the aforementioned guest vocalists and even a Wurlitzer. Perry duets on the laid back 'Who You Love', in which Mayer stops trying to second guess himself, and starts to listen to his heart rather than his head. But it's really Frank Ocean's contribution on the short 'Wildfire Interlude' that's the standout moment on the record. His words seem to act as a postscript to the opening track, and provide a warning that the future may not be quite as rosy as Mayer has made out elsewhere.

Perhaps that seed of doubt was planted by Mayer's recent major throat surgery, but it's pleasing to see that hasn't affected his voice on Paradise Valley. His vocals remain as warm as ever, with some impressive harmonies throughout. The real strength of album number six then, is it's overwhelming optimism. While Mayer acknowledges on closing track 'On The Way Home' that the grass is sometimes greener on the other side, by making peace with his past, he's also found that: "a little bit of heaven never hurt no-one." If he continues to follow the path created by his last two efforts it may turn out that his optimism really isn't misplaced at all.