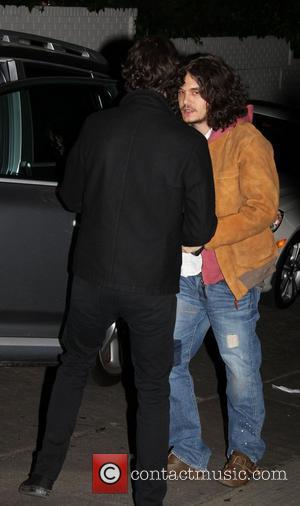 John Mayer has apologised to his fans for having to cancel his tour. The 34 year-old blues-rock musician had surgery to remove a granuloma from just above his vocal cords. He was ordered to recuperate for a month but during rehearsals for his upcoming 21-date tour, he realised that the issue had resurfaced. The problem has forced him to cancel all of the dates, which were due to start on March 15, 2012 in Thackerville.
Mayer apologised to his fans, via his Tumblr blog, with a message that started "During rehearsal on Tuesday, it came to mind that I should see my throat doctor because something didn't feel/sound right. I went in for a visit on Wednesday and a scope of my vocal cords revealed that the granuloma has grown back where it had mostly healed. This is bad news. Because of this, I have no choice but to take an indefinite break from live performing. Though there will be a day when all of this will be behind me, it will sideline me for a longer period of time than I care to have you count down."
Mayer's not the only high-profile singer to have suffered vocal cord problems of late. Jessie J has been complaining of throat problems on her Twitter page recently and Adele made an impressive comeback at the Grammy awards after having surgery on her own vocal cords last year. Mayer signed off his blog post with the following message: "I love the guys and girls I work with, and the only thing that stops me from devolving into a puddle of tears is knowing that it's a long life, and the greatest gift in the world is being able to create music no matter what the circumstances. So these are the new circumstances, and I'll find a way to make it mean something. That's all you can ever do."