It's been a long road to recovery for John Mayer. 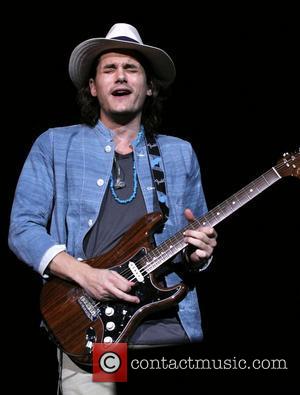 John Mayer was genuinely emotional after taking to the stage for the first night of his 'Born and Raised' tour in Milwaukee on Saturday evening (July 13, 2013). It was the blues musician's first time on-stage for a headlining show since doctors successfully repaired a granuloma in his throat last August.

As noted by Rolling Stone, Mayer's voice was still the elephant in the room at the Marcus Amphitheatre, with the singer taking many songs down into a lower key. Particular changes were noticeable on 'Waiting on the World to Change,' though Mayer remained confident throughout and his virtuoso guitar playing was as dynamic as ever.

"I've spent many, many months dreaming of this night," said the musician before closing out his comeback show, "It's a long time coming." There was also a shout out to his girlfriend - or former girlfriend depending on what you read - Katy Perry. "She was so patient," he said, adding that she took the time "to continue to get know me and love me" before dedicating the evening's final song, "A Face To Call Home" to her.

Despite being holed up for a couple of years, Mayer has been fairly productive and released Born and Raised last spring, calling it his most "significant, meaningful record." He quickly returned to the studio to work on his latest record Paradise Valley, which hits shelves on August 13, 2013. John Mayer Was Glad To Get Back On-Stage John Mayer Is One Of The Finest Blues Musician's Around

Mayer's setlist on Saturday was as followed:

"Waiting on the World to Change"

"I Don't Trust Myself (With Loving You)"

"Waiting on the Day"

"Going Down the Road Feelin' Bad"

"Slow Dancing in a Burning Room"

"Half of My Heart"

"If I Ever Get Around to Living"

"The Age of Worry"

"A Face to Call Home"

John Mayer's Born and Raised tour wraps up at the Comcast Theatre in Hartford, Connecticut on August 16, 2013.