John Mayer reportedly has a crush on 'Glee' beauty Lea Michele and is hoping to bag a date with the starlet. 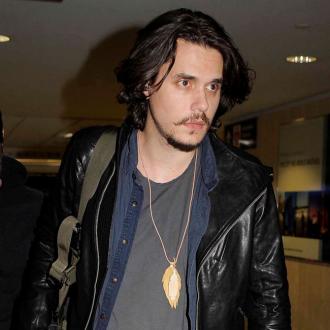 John Mayer has a crush on Lea Michele.

The 36-year-old rocker, who split from Katy Perry three months ago, has reportedly been texting the 'Glee' star nonstop and wants to go on a date with her.

A source told America's Star magazine: ''John's had a crush on Lea for a while. He constantly tells her how beautiful she is.''

But while Lea, 27, is very flattered by the attention, she isn't interested in dating anyone just yet following her boyfriend Cory Monteith's tragic death from a heroin overdose last July.

The insider said: ''She just wants someone to have fun with. She isn't about to give her heart away to someone like him.''

Lea recently opened up about her secret romance with 'Glee' co-star Matthew Morrison before they started working together on the hit show in 2009.

She wrote in her new autobiography, Brunette Ambition: ''When we shot the pilot [for 'Glee'], I met Cory Monteith, Kevin McHale, Amber Riley, and Chris Colfer for the first time. I had worked on Broadway with Jenna Ushkowitz and Matthew Morrison before. Matt had been a friend of mine for years, and in fact we'd actually dated back in the day for a Broadway beat.''