What's The Verdict on John Mayer and Katy Perry Duet, 'Who You Love'? [Listen] 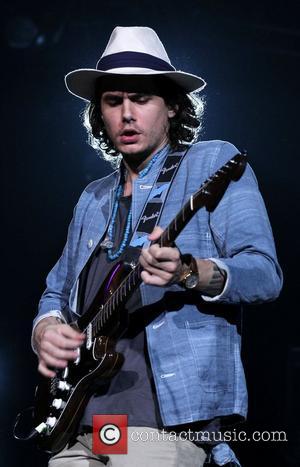 John Mayer new song 'Who You Love' features his girlfriend, the pop-star Katy Perry. The track features on Mayer's new album Paradise Valley, which is scheduled to hit stores on August 20.

It's fairly standard ballad, featuring patches of Mayer's signature guitar and a little brass towards the end. Lyrically, it's pretty repetitive and Perry only manages to open up her vocal chords towards the end of the track, though never really reaches top gear.

In the final moments of the ditty, Katy is heard giggling and she spoke about the moment during a recent interview with The Morning Mash Up live on SiriusXM Hits 1.

Listen to John Mayer and Katy Perry's Who You Love:

"I think that's just a love giggle," Katy said. "It's like the ones that Mariah Carey had in 1990 and stuff like that. Yeah I think I was going for that, I think I was just so happy. I love that song, you guys will hear it soon, all you listeners."

Though Mayer has enlisted his girl for Paradise, it appears Perry wasn't so keen on having her boyfriend muddy the credits list on her new record Prism. "He is not, actually," she said at the Smurfs 2 premiere when asked if Mayer lent his guitar to the album, "But thank you for asking." Katy Perry Lends Her Vocals To 'Who You Love'