The singer/songwriter has made a current day 'F.U.R.B.' - only tuned down quite a lot 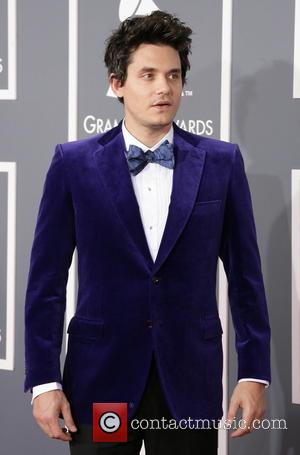 John Mayer has a new song out, one that the singer has seemingly written in a fit of inspiration after listening to a song by one of his exes; Taylor Swift. Mayer's 'Paper Doll' features numerous references to Taylor Swift's single 'Dear John,' which was an attack on John basically for being a scumbag.

The track isn't just another slanging match between two former lovers a la Frankee and Eamon, but instead it seems to be more of a direct response to the song 'Dear John' itself. Mayer makes numerous references to dresses throughout the song, a clear response to Swift's description of herself as "the girl in the dress" in her song, with the rockstar nonsensically singing, "Here's a dress of gold and blue/Sure was fun being good to you," at the beginning of the song.

The chorus is the main giveaway that Mayer is trying to get all up in Taylor's grill, going for the jugular with the line, "You're like 22 girls in one/and none of them know what they're running from," checking Taylor's single about how good being 22 is when you're rich as well as making a reference to the 'Dear John' lyric "and regret how I ignored when they said 'Run as fast as you can.'"