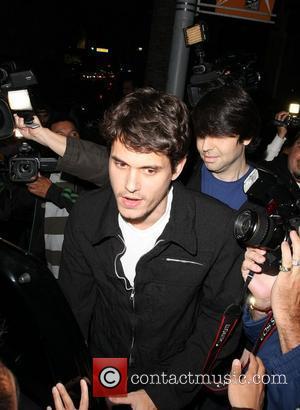 Rocker John Mayer ended up in hospital following a night out in Los Angeles this weekend (13-14Jun09) after his pal Rob Dyrdek fell ill.
The singer was photographed carrying the skateboarder-turned-reality TV star out of the MyHouse club in L.A. on Saturday night (13Jun09) and bundling him into a waiting car.
He later updated his Twitter.com page to inform followers he had taken his friend to the city's Cedars-Sinai Medical Center to have his stomach pumped.
Mayer wrote, "In triage at Cedars with Rob Dyrdek. When the contents of his stomach hit that silicon bag and we all saw it, we just broke into applause."