Mayer struck back at Swift striking back. 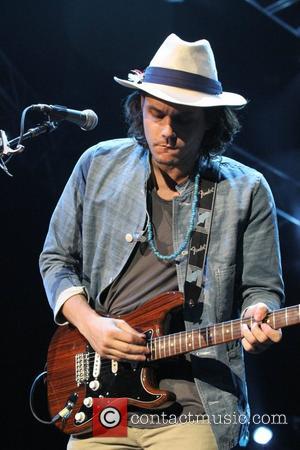 Oh no he didn’t! John Mayer has released his latest single, Paper Doll, and some of the lyrics sound oddly reminiscent of the tunes of an old flame – Taylor Swift herself. It wouldn’t be that strange for Mayer to address a song to his ex, despite the fact that the brief relationship ended in 2010 – after all, Taylor is said to have drawn inspiration for a number of songs from her relationship with the crooner, particularly the bitter-toned Dear John. But some of the lyrics of Paper Doll are far from subtle, almost directly referencing Taylor’s music. Check out the tune (and its genuinely odd video) for yourself:

At the beginning of the track, Mayer croons "Here's a dress of gold and blue/Sure was fun being good to you," which could be seen as a link to Swift's Dear John lyric where she refers to herself as "the girl in the dress [who] cried all the way home." But some of the most clinching evidence comes from the lyric: "You're like 22 girls in one/and none of them know what they're running from It’s not a huge mental leap from that to Swift’s hit from earlier this year, 22. Also in Dear John, Taylor proclaimed she'd look back on her relationship with Mayer "and regret how I ignored when they said 'Run as fast as you can.”

So, while we shouldn’t be too quick to name Paper Doll a scathing critique of Swift, if the shoe fits… Plus, this wouldn’t be the first time Mayer has drawn musical inspiration from past relationship. Granted, Your Body Is A Wonderland, which is said to have been written about Jennifer Love Hewitt, had a much more forgiving vibe than this one. But, in Taylor’s case, it looks like if she can dish it out, she’ll have to learn to take it. It doesn't matter who started it. Because the hostilities will go on forever.