The Global Citizen Festival saw a heavily talented shrew of musical performers take the stage in support of The Global Poverty Project. 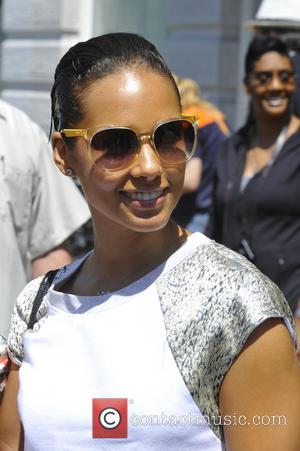 On Saturday (Sept 28th) Central Park in New York hosted a special charity concert that saw stars such as John Mayer, Alicia Keys and Kings Of Leon perform their hit singles to a capacity crowd of 60,000 people.

The Global Show also boosted speakers like the Crown Princess of Denmark, the President of Liberia, and a bunch of U.S. congressmen.

Saturday's display of music covered all genres for the New York City crowd as Kings of Leon opened the show with their new single 'Super Soaker' but they soon played an early days hit with 'The Bucket' and then rocked out with 'Don't Matter'.They got the crowd to sing along to 'Sex on Fire' and finished their set with the huge hit 'Use Somebody'.

Alicia Keys beckoned the stage looking sexier than ever in a tight black frock and belted out the love ballads 'I Ain't Got You' and 'Fallin' whilst she showed the charity concert why she is the 'Girl on Fire'.

John Mayer found his way to the stage and wasted no time as he got straight into his ''Paradise Valley' track with Central Park clapping along. He then played the fan favourites 'Paper Doll' and 'Half of My Heart'.

Other featured artists were Elvis Costello and the headliner Stevie Wonder caused a political stir by announcing "we must do something about the gun laws in this country". The 63 year-old then began playing John Lennon's 'Imagine' as he was gunned down within walking distance from Central Park.

The gathering of music's biggest names was for a cause known as 'The Global Poverty Project' that urges world leaders to end extreme poverty by 2030 and coincidently the concert coincided with the UN General Assembly Meeting in the city.

The free concert was in partnership with Cotton On Foundation and they were campaigning to "secure new commitments to health, education, women's equality and global partnerships", according to their website.