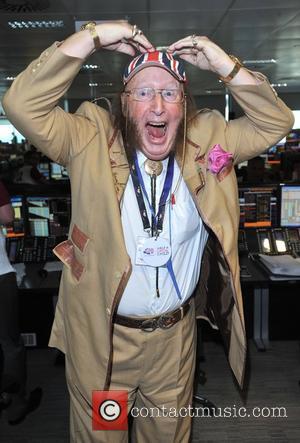 Racing pundit, dubious sideburns bearer and sexist John Mccririck is taking his old bosses Channel 4 to court to the tune of £3 million after he accused of them of age discrimination in their decision to remove him from their racing coverage team.

The outspoken 72 year-old was among several staff let go as the channel sought to change their coverage’s image, which included bringing in BBC’s Clare Balding as anchor. The rarely shy McCririck has taken umbrage at it though, and released an angry statement that The Guardian reported. "Channel 4 and production company IMG Sports Media were yesterday each served a letter before action for age discrimination," McCririck said. "After 29 years with Channel 4 Racing, on a rolling annual contract, I have been sacked without any consultation or cogent explanation. I am 72. For loss of future earnings, unfair career damaging, public humiliation, stress and mental anguish, I will be seeking £500,000," he added.

He wasn’t done there, either. "Ageism is illegal” he continued. “For tens of thousands of employees, it has become the feared scourge of our society. This litigation should prove to be a watershed. There's no upper limit to the amount of damages employment tribunals can award under the Equality Act 2010. I am seeking a further exemplary, punitive £2.5m, part of which will be donated to charitable organisations helping to prevent negative prejudice in the workplace." The joke could be on him though, should the courts find that he was merely sacked for being pompous cretin.