Rocker John Mellencamp's Son Speck Will Serve His Four-day Jail Sentence In 12-Hour Stints Under The Care Of A Panic Attack Expert. 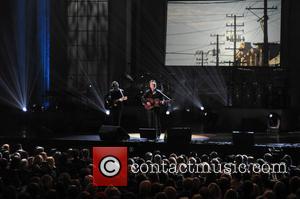 The 20 year old was handed the sentence earlier this year (15) after pleading guilty to misdemeanour battery charges after beating up a 19 year old in Bloomington, Indiana in 2013, but his anxiety issues have prompted a judge overseeing the case to rethink how Mellencamp will serve his time at the Monroe County Jail.

Instead of serving his four days in full, Speck will be behind bars from 8am to 8pm over the course of eight days.

A health care professional will monitor his behaviour in a bid to prevent a medical issue.

Speck's brother Hud and the son of Indiana University baseball coach Tracy Smith were also involved in the fight. Hud was sentenced to community service.